Are You Inverters Suppliers?

Every month, thousands of people enquire for Inverters Suppliers on Getatoz

Are You Looking For Inverters Suppliers?

Get verified and top suppliers of Inverters 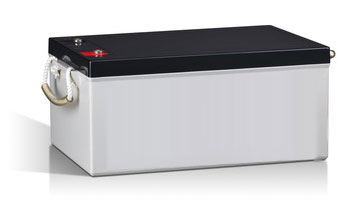 Get Verified Sellers Of Inverter Battery 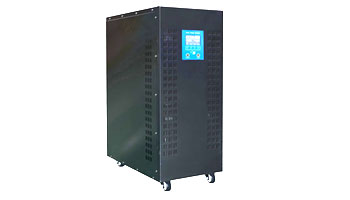 Get Verified Sellers Of Solar Inverters 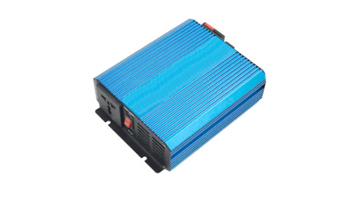 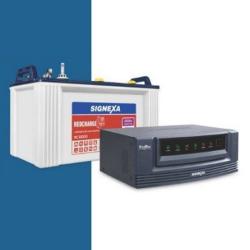 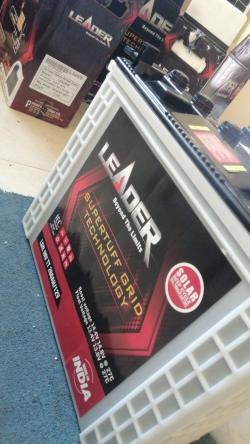 A power electronic device that changes direct current (DC) to alternating current (AC) is called as an inverter. The input voltage, output voltage, frequency and overall power handling depend on the design of the specific device. The inverter does not produce any power. The power is provided by the DC source.
A power inverter can be purely electronic or may be a combination of electronic circuitry and mechanical effects. Moving parts are not used by static inverters in the conversion process.
These are mainly used in electrical power applications where high currents and voltages are present. Generally these are good if you want backup for small household appliances like fans, TV, lights, computers, etc. However bigger inverters can also support Refrigerators, Washing Machines and Mixer Grinders. But these big appliances significantly increases the size of battery system of the inverter. So, it is better if one can avoid using them on Inverter. Using inverters for ACs is strictly not suggested.
You would need an inverter with a continuous rating of approximately 1500 watts and with a peak/surge rating of approximately 3500 watts for home.
Different sizes and several brands of power inverters for solar and commercial use are available in market. Choosing the inverter size depends on the power in watts or current in amps of the appliance/equipment you want to run. You can find the power consumption by referring to the specification plate on the appliance or tool or you will find the information in the appliance manual. You need to know both the continuous rating in watts or amps and the peak/surge rating in watts or amps.

How to connect an inverter?

The small inverters that are of 150 watts comes with a cigarette lighter adapter These can be plugged into the lighter socket of your car. Units that are of 300W and above, are supplied with DC connection cables that must be firmly connected directly to a battery. Larger inverters that are of 300 watts and above must be hard-wired directly to a battery. The cable size depends on the distance between battery and inverter. This is specified in the Manual of the owner. Use the thickest wire available in the shortest length when connecting the inverter to the battery.

How long the appliances can be run from the inverter?

The duration that appliances can be run from the inverter depends on the battery size selected and the type of batteries used. Generally, deep cycle (marine/solar) batteries have the highest reserve ratings. They are specifically designed to withstand repeated drains of power and recharging. As per battery manufacturers' recommendations, vehicle start batteries should not be discharged below 90% charged state. Marine/solar deep cycle batteries should not be discharged below 50% charged state. This will shorten the life of the battery.
Installing an auxiliary battery to provide power to the inverter is recommended if you intend to use power tools for commercial use, or any load of 200W for more than 1 hour regularly (between battery recharging). To meet your run time expectations with the vehicle engine off, this battery should be a deep cycle type and sized. The auxiliary battery should be connected to the alternator through an isolator/regulator module to prevent the inverter from discharging the vehicle start battery when the engine is off.

Use Getatoz to find Inverters buyer & importers from India & abroad.

Getatoz have Inverters suppliers across the globe including

How can Getatoz help in getting the best Inverters Wholesalers near you?

You can browse Inverters Wholesalers on the basis of your location. Submit your requirement and suppliers will contact you with their best price offers for Inverters. Getatoz have some of the Best Inverters Suppliers of 2022