Are You Looking For Pollution Control Devices & Machines Suppliers?

Get verified and top suppliers of Pollution Control Devices & Machines 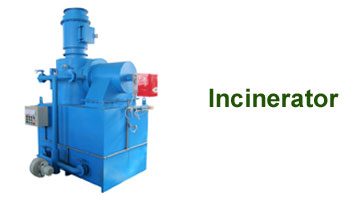 Get Verified Sellers Of Incinerator 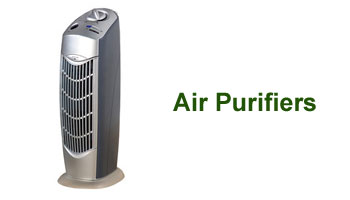 Get Verified Sellers Of Air Purifiers 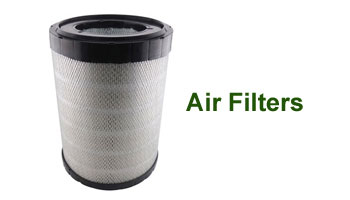 Get Verified Sellers Of Air Filters

Air pollutants are generated by almost every facet of the industrial process, including sourcing of raw material, manufacturing of product, maintenance and repair services, and distribution.
Several different types of air pollution control devices and machines are available for air pollutants that are produced by both mobile and stationary sources across a wide range of industries.
Air pollution control devices and machines are equipment and systems used to regulate and eliminate the emission of potentially hazardous substances including particulate matter and gases that are produced by manufacturing, process system, and research applications into the air, atmosphere, and surrounding environment in an industrial setting.
The release of chemicals, vapors, and dust can be prevented and filtering and purifying the air within the work environment is done by control devices and machines.
Industrial exhaust and emissions are directed into the air pollution control equipment and systems by using fans or blowers which remove or reduce air pollutants through various process.
Typically, Combustion which is destroying the pollutant; Conversion hat is chemically changing the pollutant to a less harmful compound and Collection which is removing the pollutant from the waste air before its release into the environment and atmosphere are used to remove or reduce air pollutants.
Scrubbers, Air Filters, Cyclones, Electrostatic Precipitators, Mist Collectors, Incinerators, Catalytic Reactors and Biofilters are some types of air pollution control equipment applied to industrial applications which utilizes one or more of the methods of air pollutant removal or reduction.

Scrubbers is the most commonly used air pollution control devices in manufacturing and processing facilities that employ a physical process called scrubbing by which particulates and gases are removed from industrial emissions, such as smokestack exhaust (in the case of exhaust air scrubbers), before they are released into the atmosphere.
Dry scrubbers and wet scrubbers are two main categories of scrubbers.

Dry neutralizing chemical agents, such as sodium bicarbonate will be injected into the emission stream, causing the gaseous pollutants contained within to undergo a chemical reaction that either neutralizes the pollutants or converts them into innocuous substances in Dry scrubbers.
Filters within the scrubber chamber collect and remove the spent agents from the cleaned emission gas once the chemical reaction concludes.
The collected agents can be washed and reused for future dry scrubbing processes in some cases.
The scrubbing waste must be disposed of by specialists if it is not possible.
Dry scrubbers, also referred to as dry adsorption scrubbers, are typically used to remove or counteract acid gas within industrial emissions.
The chemical reactions because of the addition of neutralizing agents during the dry scrubbing process helps to reduce the acidity of the emissions as well as remove air pollutants.

Liquid solutions, typically water is employed to collect and remove water-soluble gas and particulate pollutants from industrial emissions in Wet scrubbers.
Either a gas stream is passed through a liquid solution or a liquid solution is injected into a gas stream in the wet scrubbing process.
The solution absorbs the pollutant removing it from the stream when the gas stream comes into contact with the liquid.
Wet scrubbers, also referred to as wet adsorption scrubbers or wet collectors are available as venturi, packed bed (or packed tower), and bubbling scrubbers.

Air filters are devices which employ a specific type of filtration media such as, fabric, sintered metal, ceramic, etc.to collect and remove dry particulates and contaminants, such as dust, pollen, microbes, chemicals, etc. in order ocontrol air pollution.
Air filters are usually used in residential, commercial, and industrial applications to remove pollutants from exhaust air and improve the air quality within the work environment.
There are several types of air filters available, including HEPA filters, fabric filters, and cartridge dust collectors for industrial applications.

Industrial HEPA filters, also known as high efficiency particulate air filters, are a type of air filters in which fiberglass filter mats are employed to mechanically remove airborne particulates, such as pollen, dust, smoke, and bio-contaminants, from within the work environment.
The fiberglass filter mats usually have fibers ranging in size between 0.5 to 2 μm.
Particulates adhere to or become embedded within the fibers when the blower component of the filtration system passes air through the HEPA filter.
Particles passing through the filter also collide with the gas contained present inside, which decreases their velocity and increases their chance of becoming adhered to or embedded in the filter.
The United States Department of Energy (DOE) designates that a filtration system must be designed to maintain a 99.97 percent efficiency for collecting and removing particulates greater than or equal to 0.3 μm in diameter to be classified as a HEPA filter.
HEPA filters are typically used in conjunction with other filtration components and systems  such as ultraviolet light, ionizers, and activated carbon air filters despite their high efficiency to filter and purify the air further.

Fabric filters, also referred to as baghouses are a type of air filters in which typically cylindrical fabric bags are employed to trap and remove airborne dust and other particulates.
The particulates collect and accumulate on the filter’s surface when air passes through a baghouse.
The efficiency of the filter will be increased by the accumulation, allowing smaller particles to be collected and causing a buildup of pressure across the filter fabric.
Baghouses that are capable of attaining 99.9 percent efficiency, even for small particulate matter are suitable for filtering out air pollutants in various industrial processes, including power plants, metal processing centers, and foundries, as well as part of multi-stage cleaning systems.

Cyclones, also referred to as cyclone dust collectors are air a type of pollution control devices which is similarly to air filters, that separate dry particulate matter from gaseous emissions.
Centrifugal force is utilized in cyclone to collect and remove particulates.
The gas streams flow along a spiral path within the cylindrical chamber when they enter a cyclone.
Large particulates are forced against the chamber wall by this swirling motion, which slows their inertia, causing them to drop into the collection hopper below for further processing and disposal.
The cleaned gas streams continue moving upward and out of the cyclone.
Cyclones are typically used for filtration applications of particulates greater than or equal to 50 μm in diameter.
However, some models are capable of greater than 90 percent efficiency for particulates greater than or equal to10-20 μm in diameter.
Efficiency of filtration increases or decreases depending on larger or smaller particulate diameters, respectively.
Additional filtration devices, such as baghouses can be used to control air pollution.
These are employed with cyclones in an air pollution control system to remove the smaller particulates not previously separated and collected from the gas stream by the cyclones.

Mist collectors, also known as mist or moisture eliminator filters, are type of air pollution control devices which remove moisture and vapor such as, smoke, oil, mist, etc. from gas streams.
Fine mesh like filters are employed in this type of devices to separate liquid droplets from the gas and collect them into a separate chamber for further processing and, potentially, recovery and reuse.
High filtration efficiencies are maintained for submicron liquid particles, with some models offering 99.9 percent efficiency for particles greater than or equal to 0.3 μm in diameter.
Although, mist collectors are capable of processing acidic and corrosive gas streams, gas streams containing large particulates cannot be handled by them, as they may cause an obstruction within the collector's filter

Combustion methods are employed to break down pollutants into non-toxic byproducts in Incinerators.
These devices can be used to incinerate wastes in solid, liquid, and gaseous form in a variety of industrial applications.
Air quality is maintained and gas emissions is regulated by converting VOCs, hydrocarbons, and other hazardous air pollutants (HAP) into innocuous compounds, such as carbon dioxide, nitrogen, and oxygen.
Incinerators are typically used with scrubbers in an air pollution control system, as any additional compounds formed through the combustion process is removed by the scrubbing process.
The incineration process can be either self-sustaining or requires supplementary fuel depending on the composition of the waste product to ensure complete combustion of the waste compounds.

Catalytic Reactors, also known as selective catalytic reduction (SCR) systems, are air pollution control devices that are used to mitigate nitrogen oxide (NOx) emissions produced by the burning of fossil fuels in industrial applications.
Ammonia is injected into the industrial exhaust and emissions, which reacts with the NOx compounds to produce nitrogen and oxygen.
Other catalysts are also employed which enable some of the remaining gaseous pollutants to undergo combustion for further processing and reduction.

Biofilters are air pollution control devices in which microorganisms, such as bacteria and fungi, are employed to degrade and remove water-soluble compounds.
The pollutants are destroyed to reduce the amount present in industrial emissions and exhaust
Gaseous pollutants, such as VOCs and organic HAP, are absorbed and metabolized by the microorganisms in biofilters without generating byproducts typically produced through combustion, such as NOx and CO

How can Getatoz help in getting the best Pollution Control Devices & Machines Wholesalers near you?