Are You Poultry Feed Suppliers?

Every month, thousands of people enquire for Poultry Feed Suppliers on Getatoz

Are You Looking For Poultry Feed Suppliers?

Get verified and top suppliers of Poultry Feed 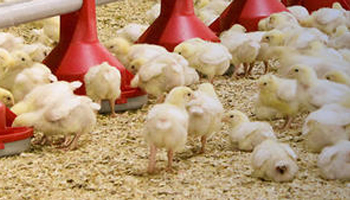 Get Verified Sellers Of Broiler Feed 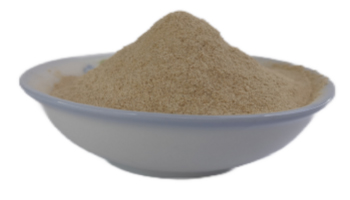 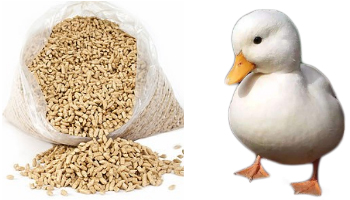 Get Verified Sellers Of Duck Feed 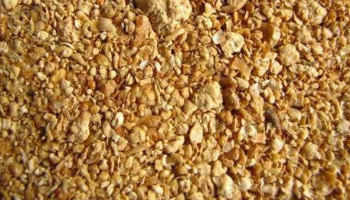 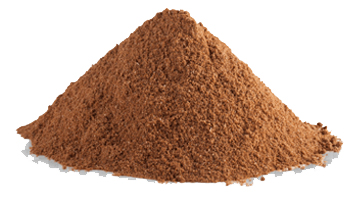 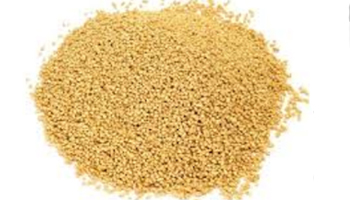 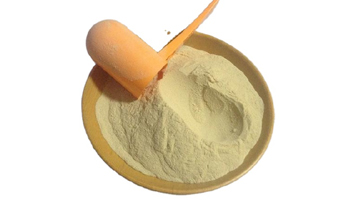 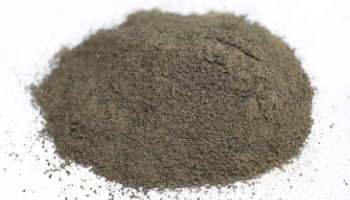 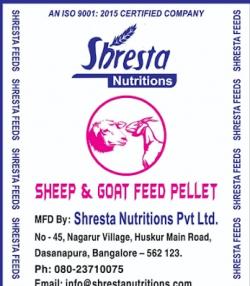 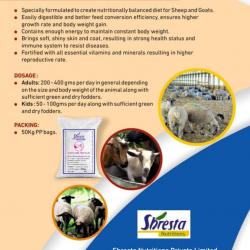 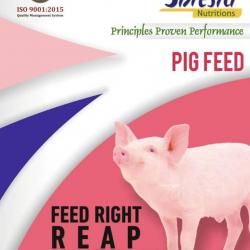 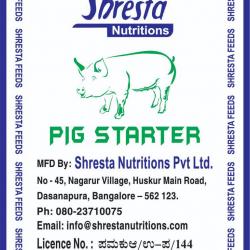 Poultry Feed  is food for farm poultry, including chickens, geese, ducks and other domestic birds.
Usually, it include many cereals like rice, wheat, maize, oat, barley and a few cereal byproducts such as rice polish or wheat bran, as well as animal and vegetable protein sources like meat meal, fish meal, soybean oil meal, groundnut cake, etc.

Some facts about Poultry Feed:

Water, protein , carbohydrates, Fats, vitamins and minerals are essential to life, growth, production and reproduction in all classes of poultry.
Most of these essentials in the form of pasture, bugs and insects, gravel, grains and seeds, sunshine, etc. are provided by nature.
Full responsibility is on the attendant to supply these same requirements in some or another form and in adequate but not excessive amounts for indoor feeding of young or adult poultry.

Although, protein is the most expensive feed material, but it is the one most likely to bring profitable results if properly used.
Milk, liver, fish scraps, meat or meat meal are protein from animal sources which is more effective in promoting growth and egg production, than protein from most vegetable sources.
Grains alone is a kind of protein if used as poultry feed will be entirely inadequate in amount.
Protein fed in excess amount has a forcing effect which may be detrimental to poultry of any age.

Carbohydrates are found in grains and grain products as starchy materials.
There will be ack for carbohydrates in a starved flock.
Fuel and energy is supplied by carbohydrates.
The excess of carbohydrates is going to form fat in the body or egg.

Some fat is usually present in practically all feed materials.
An excess of fat from fish oil or meat and fish products can cause digestive upset in birds, and lead to some disorders such as fatty degeneration and 'crazy chick disease'.

Any vitamin deficiencies in the rations of young poultry is revealed by the naturally speedy growth of them.
Hatching of eggs is an imporant test of the vitamin content of a breeder diet.
Vitamin A from green feed, yellow corn and fish oils can help protect against cold and infection.
Vitamin D found in marine fish oils and synthetic products, or formed in body when exposed to ultra-violet rays of sun helps in laying down of mineral in shell or bone, and in preventing leg weakness and rickets.
Riboflavin is a vitamin that is found in milk, liver, yeast, green feed, synthetic riboflavin, etc.is one of the most important factors in hatchability as it promote the growth of chicks and poults, both in the egg and after hatching.
Nutritional or curled-toe paralysis in young chicks can be prevented by providing Riboflavin in an adequate amount.

Most of the egg shell are formed by calcium carbonate in the presence of Vitamin D. Calcium carbonate  can be derived from limestone or gravel, clam or oyster shells, bone, etc.
The major part of bone is formed by calcium and phosphorous.
However, excess phosphorous from bone materials can contribute to immobilization of the manganese in the diet, leading to crooked bones and slipped tendons in chicks and poults.
Some essential minerals are supplied by salt.
Small amounts of certain highly important minerals are present in green feed.

Although a proportion of course grains in some form should always be included in the ration, along with wheat, it is one of the best grains for poultry feeding.
More of wheat should be ground and fed in mashes and less in the scratch feed in seasons of rust or frost, when wheat is shrunken.
Either Durum wheat or hard spring can be used.
Wheat can be used as a replacement of maize as a source of energy.

Wheat bran is bulky and quite laxative because of its high fibre, manganese and phosphorus content.

Pearl millet is a very useful feedstuff, which is similar to wheat in its nutritive value.

Broken grains of rice can be used as a replacement of maize.

Rice polish is a very good substitute for cereal grains and can be used up to 50 per cent of the ration.
It is likely to become rancid on storage under warm conditions because of the high oil content.

Sorghum has a higher protein content, quite palatable and can be used in place of maize.
Sorghum-meal is a good source of some amino acids, as the nutritional value of sorghum is similar to that of maize.
These are costlier than other oilcakes.

Groundnut cake is quite palatable and is widely used as a source of protein in poultry rations as it contains about 40 per cent protein .

Oat is not very palatable because of its high fibre content and the amount of oats vary considerably in feeding value, due to difference in hull.
Oats can be fed whole as part of a scratch feed, or in mashes in the rolled, crushed or finely ground form.
You can sift out the hulls if it is light.
Poor quality oats is of little use for poultry feed as these frequently have so much hull .
It should not be given more than 20 per cent in the ration.
I may help in preventing hock disorders, feather pulling and cannibalism because of its manganese content.

Barley can be used as part of the scratch feed and in mashes in crushed, rolled, or finely ground form as it is not quite as palatable as wheat or oats because of its high fibre content.
It should not constitute more than 15 per cent of the ration.
More can fed in the different forms in seasons when these two grains are of poor quality.
Soiled or soaked barley can offer very good results.

Maize is used as a source of energy as it is highly digestible and contains very little fibre.
It is low in protein, especially lysine, and sulphur containing amino acids.
The yellow varietiesof maize are a good source of vitamin A and xanthophyll.
Xanthophyll is responsible for the yellow skin in certain breeds of fowl.

Corn is a very essential and desirable grain that can be fed whole, cracked or ground.
Ripe corn on the cob can be fed to hens and turkeys where as shelled corn can be used with other grains as scratch feed.
Corn chop can be included in any of the dry mash rations of poultry.
The corn should be mixed with the other chop in the mash immediately after grinding, if not thoroughly dried.

Millet can be used to good advantage in growing, laying, and fattening rations.
One-third of the whole grain fed, and up to one-third of the chop mixture in dry mashes can be compromized by using either proso or hog millet.

Rye can be fed in limited quantities as a scratch feed or in mashes along with two or more of the other grains.
Rye is likely to cause digestive disorders in large quantities as it is not as palatable as wheat, oats or barley.

Flax can be fed in the whole or ground form in mashes during the moulting season and fall and winter months.
Flax should be fed in a small amount as it is high in protein and fat.

Although, skim milk and buttermilk are excellent for all classes of poultry but especially valuable for young chicks, laying hens and fattening birds.
The vitamin riboflavin is supplied by milk which is indispensable to high hatching quality in eggs.
Milk undoubtedly is an excellent source of desirable protein supplement.

Concentrates and Balancers are prepared supplements by feed companies which should be added to home grown chopped grains in proportions recommended by the manufacturers.

Fish-meal is one of the best poultry feedstuffs as it is a source of animal protein.
The composition fish meal varies widely depending upon whether it is made from whole bony fish or fish cannery scraps.
Most Indian fish-meals contain 45 to 55 percent of protein.
The feeding value is reduced by the presence of fish scales.
Fish Oils such as cod liver oil, pilchard oil, etc. are used in chick rations, in winter laying rations and in rations for producing eggs for hatching.
These are used as a source of Vitamins A and D when direct sunshine and the supply of green pasture is limited or lacking.
There should be 1,250 units or more of Vitamin A, and 200 A.O.A.C. units or more of Vitamin D, per gram in standard fish oils for poultry.
The fish oil should be mixed first with a small quantity of ground wheat if fed in dry mash.

How can Getatoz help in getting the best Poultry Feed Wholesalers near you?

You can browse Poultry Feed Wholesalers on the basis of your location. Submit your requirement and suppliers will contact you with their best price offers for Poultry Feed. Getatoz have some of the Best Poultry Feed Suppliers of 2022