Are You Sand Suppliers?

Every month, thousands of people enquire for Sand Suppliers on Getatoz

Are You Looking For Sand Suppliers?

Get verified and top suppliers of Sand 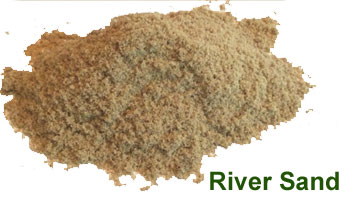 Get Verified Sellers Of River Sand 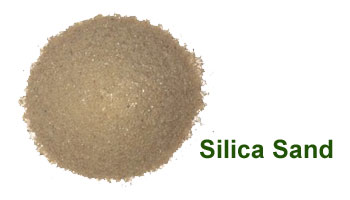 Get Verified Sellers Of Silica Sand 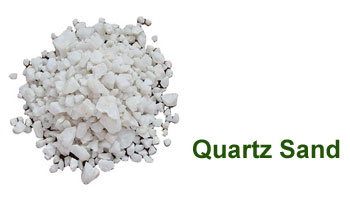 Get Verified Sellers Of Quartz Sand 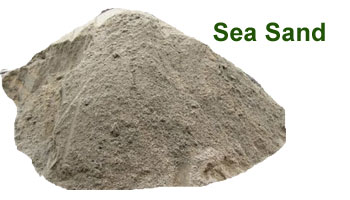 Get Verified Sellers Of Sea Sand

A granular material that is composed of finely divided rock and mineral particles is called as Sand. This loose granular material blanketing the beaches, riverbeds and deserts of the world is composed of different materials that vary depending on location.
Silicon dioxide in the form of quartz is the most common component of sand. The landmasses of Earth are made up of rocks and minerals, including quartz, feldspar and mica. Processes of weather such as rain, wind and freezing/thawing cycles break down these rocks and minerals into smaller grains. It is formed when the reef breaks down, either by mechanical forces such as waves and currents or from bio-erosion caused by grazing fish, urchins and other marine life.

From sediments transported into the ocean and the erosion of ocean rocks, marine sand or ocean sand are created. The thickness of the sand layer varies. However, it is very common to have more sand closer to land. This type of sand is ideal for construction. Beach sand is also formed by erosion. Rocks are eroded near the shoreline from the constant motion of waves and the sediments build up over thousands of years. The process of creating a beach, along with marine animals interacting with rocks, such as eating the algae off of them are accelerated by weathering and river deposition. The beach acts as a barrier to keep the land from eroding any further once there is a sufficient amount of sand. As it is angular and of various sizes, this sand is ideal for construction.
Tropical beaches may also contain black sand, which is composed of black volcanic glass. Sand dunes are a consequence of dry conditions or wind deposition. Because of its geographic location, the Sahara Desert is very dry and is known for its vast sand dunes. They exist here because very little vegetation is able to grow and there's not a lot of water. Over time, wind blows away all the fine particles, such as clay and dead organic matter, leaving only sand and larger rocks. The wind is responsible for creating these different environments and shaping the sand to be round and smooth which make desert sand unusable for construction. Sand from rivers are collected either from the river itself or its flood plain. These are the majority of the sand used in the construction industry.

Sandy soils are very good for crops such as peaches, watermelons, and peanuts. Their excellent drainage property make them suitable for intensive dairy farming.

Sand can be added to a mixture of clay and other materials for manufacturing bricks.

Sand is a principal component of critical construction material.

In common glasses, sand that is rich in silica is the principal component.

When sand is mixed with paint, it produces a textured finish for walls and ceilings or non-slip floor surfaces.

It is used by media filters for filtering water.

These protect against floods and gunfire. These inexpensive bags are easy to transport when empty, and unskilled volunteers can quickly fill them with local sand in emergencies.

Sand is used by engine drivers and rail transit operators to improve the traction of wheels on the rails.

How can Getatoz help in getting the best Sand Wholesalers near you?

You can browse Sand Wholesalers on the basis of your location. Submit your requirement and suppliers will contact you with their best price offers for Sand. Getatoz have some of the Best Sand Suppliers of 2020