Are You Looking For Solar & Renewable Energy Products Suppliers?

Get verified and top suppliers of Solar & Renewable Energy Products 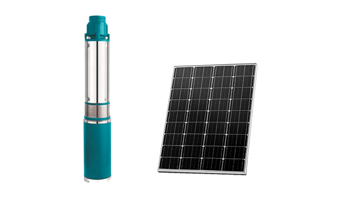 Get Verified Sellers Of Solar Pumps 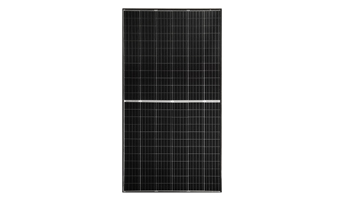 Get Verified Sellers Of Solar Panels 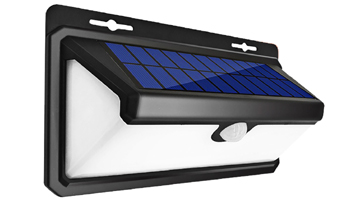 Get Verified Sellers Of Solar Lighting 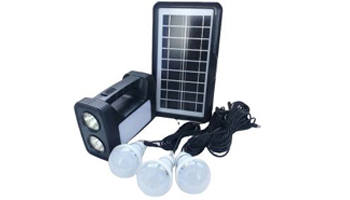 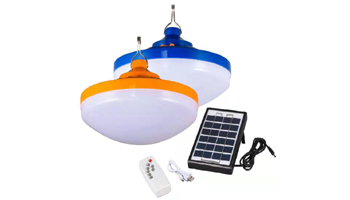 Get Verified Sellers Of Solar Products 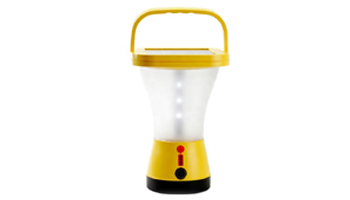 Get Verified Sellers Of Solar Lamps Get Verified Sellers Of Solar Fans 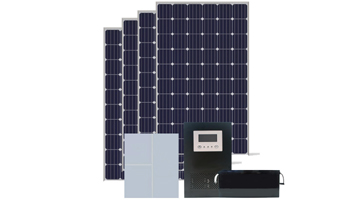 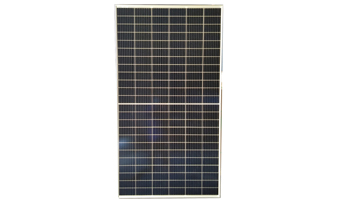 Get Verified Sellers Of Solar Cell 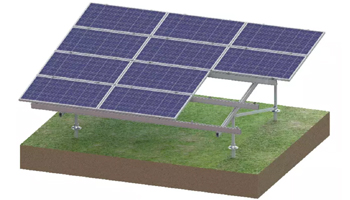 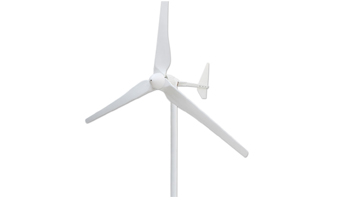 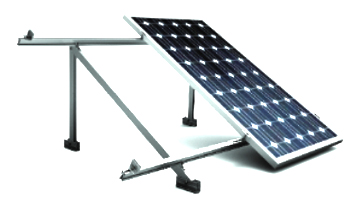 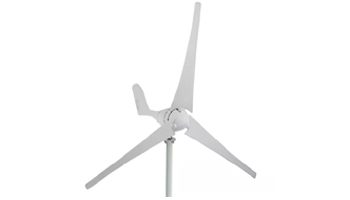 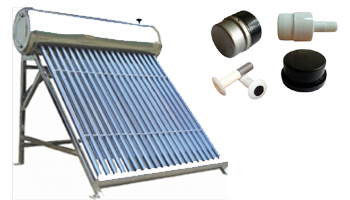 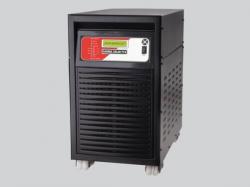 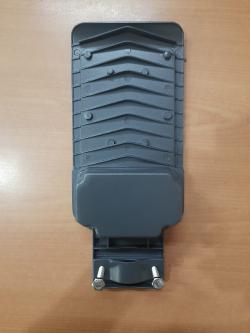 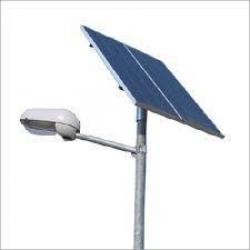 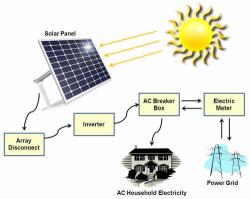 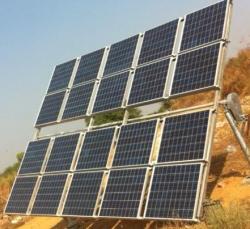 Solar Energy Products are products that are powered by sunlight, either directly or through electricity generated by solar panels.
Solar energy is a renewable source of energy that is sustainable and completely inexhaustible. Renewable energy is energy from sources that are naturally available and are virtually inexhaustible in duration but limited in the amount of energy.

Solar air conditioning is an air conditioning system that uses solar power.
Passive solar design, solar thermal energy conversion, and photovoltaic conversion from sunlight to electricity is applied for Solar air conditioning.
Photovoltaic (PV) solar cooling:
Either indirect solar air conditioning power or, direct power to air conditioners can be provided by Photovoltaic.
Geothermal cooling:
The advantage of the ambient temperature of the earth can be taken by earth sheltering or earth cooling tubes to reduce or eliminate conventional air conditioning requirements.
Solar open-loop air conditioning using desiccants:
An efficient mechanical or evaporative cooling cycle can be genertaed by passing air over common, solid desiccants (like silica gel or zeolite) or liquid desiccants (like lithium bromide/chloride) to draw moisture from the air.
Solar thermal energy can be used to dehumidify, in a cost-effective, low-energy-consumption, and continuously repeating cycle to regenerated the desiccant.
A controlled way of ventilating can be provided in a home while minimizing energy loss with energy recovery ventilation systems.
A recirculating waterfall can be created by mixing a desiccant like calcium chloride with water that dehumidifies a room using solar thermal energy to regenerate the liquid, and a PV-powered low-rate water pump to circulate liquid.
Solar thermal collectors provide input energy for a desiccant cooling system in an active solar cooling.
Passive solar cooling:
Solar thermal energy is not used directly to create a cold environment or drive any direct cooling processes in passive solar cooling.
The rate of heat transfer into a building in the summer can be reduced, and the removal of unwanted heat can be improved by the help of solar building design.
Solar cooling systems utilizing concentrating collectors:
High efficient air-conditioning is the main reasons for employing concentrating collectors in solar cooling systems.

A solar charger is a charger in which solar energy is used to supply electricity to devices or batteries.
Lead acid or Ni-Cd battery banks can be charged up to 48 V and hundreds of ampere hours capacity by solar chargers.
Small portable models used to charge a range of different mobile phones, cell phones, iPods or other portable audio equipment can obtain energy from the sun.
Torches, often combined with a secondary means of charging, such as a kinetic charging system can also obtain energy from the sun.
A voltage regulator must be included in the charging circuit not over-charge a device as a solar panel can produce a range of charging voltages depending upon sunlight intensity.

A solar chimney, also known as a thermal chimney is a vertical shaft that utilizes solar energy to enhance the natural stack ventilation through a building.
Convection of air heated are used by passive solar energy.
The use of a solar chimney can benefit natural ventilation and passive cooling strategies of buildings by reducing energy use, CO2 emissions and pollution.
Improved ventilation rates, control of air flow through a building, air quality and reduced noise levels in urban areas as well as increased night time ventilation rates are some of the benefits regarding natural ventilation and use of solar chimneys.
Improved passive cooling during warm season, night cooling rates and thermal comfort as well as enhanced performance of thermal mass are potential benefits regarding passive cooling.

The energy of direct sunlight can be used in solar cooker to heat, cook or pasteurize drink and other food materials.
High-performance parabolic solar cookers and vacuum tube cookers can be  used to grill meats, stir-fry vegetables, make soup, bake bread, and boil water in minutes as they can attain temperatures above 290 degree centigrade.
Conventional solar box cookers can sterilize water or prepare most foods that can be made in a conventional oven or stove, including vegetables, bread and meat over a period of hours as it attain temperatures up to 165 degree centigrade.
Cost as well as environmental damage caused by fuel use can be reduced as no fuel is used in solar cooker.
Solar cookers could have large economic and environmental benefits as deforestation can be reduced by using it.
Solar cookers do not contribute inside heat, potentially saving fuel costs for cooling as well when they are used outside.
Your carbon footprint can be reduced by cooking without the use of carbon based fuels or grid electricity from traditional sources.
However, solar cookers are not so useful at in cloudy weather and near the poles, where the sun is low in the sky.
It may require food preparation start hours before the meal as some solar cookers, especially solar ovens, takes more time to cook food than a conventional stove or oven.

A solar fan is a mechanical fan powered by solar panels which are either mounted on the device or are installed independently.
Secondary power sources other than solar power is not required in most solar fans as they are used for cooling purposes during day time.
A solar fan is more environmentally friendly as it help reduce carbon emission.
It is cheaper in long term because it does not use power from the utility grid and savings up to 30 percent on air conditioning costs may be provided.
The risk of electric accidents can be eliminated as there are no electric cords attached to the solar fan.
More mobility can be offered compared to conventional fans as it is cordless.

A solar inverter or PV inverter, is a type of electrical converter that can be used to convert the variable direct current (DC) output of a photovoltaic (PV) solar panel into a utility frequency alternating current (AC) which can be fed into a commercial electrical grid or used by a local, off-grid electrical network.
Maximum power point tracking (MPPT) can be used by solar inverters to get the maximum possible power from the PV array.
Solar micro-inverter is an inverter that uses a single PV module to converts the direct current output from each panel into alternating current.
Parallel connection of multiple, independent units are allowed in a modular way.
Single panel power optimization, independent operation of each panel, improved installation and fire safety, plug and play installation, minimized costs with system design and stock minimization are advantages of micro-inverter.

A solar lamp, also known as a solar light is a lighting system that consist of a LED lamp, solar panels, battery, and charge controller. It may also include an inverter.
The lamp operates on electricity from batteries, which get charged through solar panel.
Other light sources like candles or kerosene lamps can be replaced by solar-powered household lighting.
Operating cost is lower than kerosene lamps as renewable energy from the sun is free. No indoor air pollution is produced by solar lamps.
Solar lamps are easier to install and maintain as they do not require an electricity cable.
Maintenance cost and costs of electricity bills can be reduced by using solar lamp.
Solar lamps can also be used in remote areas that lack a reliable electricity supply or areas where there is no electrical grid.
Health risk associated with kerosene emissions can be reduced by switching to solar lamps from kerosene lamps.
A convenient and cost-effective way can be provided to light streets at night without the need of AC electrical grids for pedestrians and drivers by using solar street light.
Individual panels for each lamp of a system, or a large central solar panel and battery bank can be used to power multiple lamps.
Solar lights get illuminated throughout the night even in power cuts and grid failures.

Solar-powered refrigerator is a refrigerator which works on energy directly provided by sun. It may include photovoltaic or solar thermal energy.
Perishable goods such as meat and dairy can be kept cool in hot climates by using Solar-powered refrigerator. Food can be kept safe and preserved while avoiding a connection to utility-provided power.
Vaccines can also be kept at their appropriate temperature to avoid spoilage.
These are typically used in locations where utility provided AC power is not available.

Solar vehicle is an electric vehicle that is powered by direct solar energy.
The energy from sun is directly converted into electric energy by  photovoltaic (PV) cells contained in solar panels.
PV cells are used in solar cars to convert sunlight into electricity to drive electric motors.
Photovoltaic modules are used commercially on passenger cars as auxiliary power units to ventilate the car. It help reducing the temperature of the passenger compartment while parked in the sun.

How can Getatoz help in getting the best Solar & Renewable Energy Products Wholesalers near you?