Boss's Day, also written as Bosses' Day or Boss Day is generally observed on or around October 16 in the United States. It has traditionally been a day for employees to thank their bosses for being kind and fair throughout the year.

In 1958, Patricia Bays Haroski registered "National Boss' Day" with the U.S. Chamber of Commerce. She was working as a secretary for State Farm Insurance Company in Deerfield, Illinois for her father. At that time she chose 16th October as Boss's Day, which was her father's birthday. The purpose of designating a special day in the workplace is to show the appreciation for her bosses she thought they deserved. This was also a strategy to attempt to improve intra-office relationships between managers and their employees. Haroski believed that young employees sometimes did not understand the hard work and dedication that their supervisors put into their work and the challenges they faced. Four years later, in 1962, Illinois Governor Otto Kerner backed Haroski's registration and officially proclaimed the day.

However, Alison Green in U.S. News criticized it, saying "Traditional etiquette says quite clearly that any gift-giving in the workplace should be from a boss to an employee and not the other way around. The idea is that people shouldn't feel obligated to purchase gifts for someone who has power over their livelihood, and managers shouldn't benefit from the power dynamic in that way."

Boss's Day is not a public holiday. Businesses have normal opening hours. If it falls on a weekend, then it is celebrated on the working day closest to it. Boss's Day is dedicated to all employers and provides a prospect of improving the connection between employers and their staff. Many workers dedicate this day to their supervisors for supporting them with their jobs and careers. This observance also gives employees a chance to recognize those in supervisory positions. The day can be celebrated by giving your bosses cards, gift certificates, or flowers on this special Day. This observance is becoming increasingly popular in various workplaces. It has received both praise and controversy. Although boss may be in a position of greater power and also have greater responsibility, both Boss and Employee need to work together to create an environment of teamwork in the workplace, and Boss's Day can be a good step in that direction. Boss's Day can also be a good opportunity to learn exactly what they do each day to keep your workplace moving smoothly.
Generally organizations appreciate their employees by sharing their achievements at the workplace or even celebrating their birthdays with a simple celebration. So, its time for the employees to thank their bosses or supervisors for being kind and fair throughout the year.

This day, celebrated on 16th October each year to strengthen the bond between employers and employees. Employees get to show their appreciation to their bosses or supervisors that generally are well deserved.

Sometimes employees do not understand the hard work and dedication that their superiors put in and the challenges they face on a daily basis. Bosses Day is a great opportunity to appreciate and be thankful for all the things management have done for their employees. Let them know how much you appreciate what they do by celebrating this Boss's Day. Here are some great ways that employees could show their appreciation towards their bosses or supervisors on Boss's Day:

You can get together with the rest of your colleagues and bake a cake together as a team exercise which also cultivates teamwork and simple team bonding. It gives a reason to encourage employee participation and this gives you the opportunity to get to know your colleagues on a personal level.

Another way to celebrate Boss's Day is to get a simple card signed by the employees. It is another way to say 'We appreciate you'. Select a card as per the personality of your supervisor and then hand-write a note containing specific examples of his contributions. Once everyone signed the card, gather a group and deliver it to the boss.

Another way to celebrate Boss's Day is to give a gift by team contribution. But be cautious about giving overly personal gifts because they could lead to awkward moments, office rumours or other issues you want to avoid.

Another one of the fun ways to celebrate Boss's Day is by have a simple party in the office and get everyone to bring in a dish to share which will creates opportunity for team bonding and employee participation. Get some colleagues to contribute a recollection of amusing or witty events that they encountered with the bosses and end the celebration by asking your boss to give a speech.

Get out of the office and have a good time after work with bosses and colleagues. You can organize a night out packed with activities with your boss and the rest of your colleagues. You can also arrange a small competition with the bosses or management team over a game of pool or bowling. Heading out together as a team encourages employee engagement in a more relaxed atmosphere and it is also a very good time to bond with colleagues and for them to get to know each other better on a personal level. 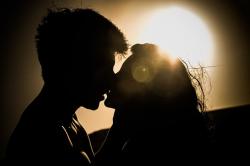