You should tell your doctor about all medications and supplements you take before you undergo any blood test, since certain drugs such as birth control pills and aspirin can actually influence thyroid test results.

The diagnosis of Graves' disease may include:

Your doctor will examine your eyes to look for bulging eyes or if they are irritated. He will also check for enlarged thyroid gland. Because Graves' disease increases your metabolism, your doctor will check your pulse and blood pressure and look for signs of tremor.

You should tell your doctor about all medications and supplements you take before you undergo any blood test, since certain drugs such as birth control pills and aspirin can actually influence thyroid test results.
Initially blood test can be done to check for thyroid-stimulating hormone (TSH), T3 (triiodothyronine), and T4 (thyroxine) hormone levels. T3 and T4 are the major hormones produced by your thyroid gland where as TSH is released by the pituitary gland, which is responsible for your thyroid to produce T3 and T4.
If the diagnose of Graves' disease can not be confirmed after looking at your TSH, T3, and T4 levels, some additional blood tests such as antibody levels can be done to check other factors that may indicate Graves' disease.

If you have Graves' disease, because of hyperthyrodism the thyroid gland will produce excess of T3 and T4.  In order to to compensate for the excess T3 and T4 hormones in the blood, the pituitary gland will stop producing TSH in an attempt to stop production of the thyroid hormones. This results in very low TSH level.

If your TSH level is very low, blood tests are done to check your T3 and T4 hormone levels. As the Thyrotropin receptor antibody (TRAb) are causing production of too much T3 and T4, the levels of these hormones will be high.

If diagnosis can not be confirmed from your symptoms and TSH, T3, and T4 levels, then this test is advised. TSI is a type of antibody known as immunoglobulin. It can bind to tissues in the eyeballs and beneath the skin resulting in development of bulging eyes and skin thickening on the front of the lower legs.

This test is done to measure the amount of iodine your thyroid absorbs. It can also also determine if all or only part of the thyroid is overactive. An iodine pill called a radioactive tracer is given to the patient, four to six hours before the first thyroid gland scan. As your thyroid gland naturally absorbs iodine through your bloodstream from foods which contain the element in order to make thyroid hormone, iodine is used as a pill. The thyroid absorbs iodine much better than other parts of the body, especially if your thyroid is overactive. Another scan is repeated 24 hours later. Your thyroid function will be determined by the amount of radioactive tracer your thyroid absorbs. Hyperthyroidism or Graves' disease is diagnosed if the uptake of iodine tracer is high.

Depending on your symptoms, other tests may include a CT scan, MRI, or ultrasound or echography of the eyes and eye sockets in order to define the exact impact of Graves' disease on the eyes and surrounding structures. 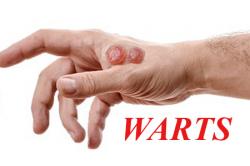 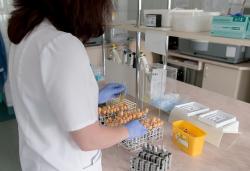 Mumps is a contagious disease caused by a virus affecting the parotid glands or salivary glands. 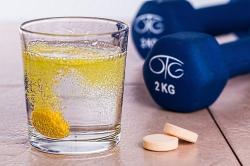