An energy drink is a type of drink that contains sugar and stimulant compounds, usually caffeine. This is marketed as providing mental and physical stimulation to the body. They may or may not be carbonated and may also contain other sweeteners, herbal extracts, taurine, and amino acids. These are available in many brands and varieties in market.
Coffee, tea and other naturally caffeinated drinks are usually not considered energy drinks. Other soft drinks such as cola may contain caffeine, but are not also considered energy drinks. 4 cups of coffee (90 mg each) or 5 standard cans (250 ml) of energy drink (80 mg each) is safe for a healthy adult to consume a day. Most effects of energy drinks on cognitive performance, such as increased attention and reaction speed, are primarily due to the presence of caffeine.
Advertising for energy drinks usually features increased muscle strength and endurance. But this has no scientific consensus to support the claim. Excessive or repeated consumption of energy drink can lead to cardiac and psychiatric conditions.

Energy drinks are marketed to provide the benefits among health effects of caffeine along with benefits from the other ingredients they contain. However, there is no reliable evidence that other ingredients in energy drinks provide further benefits. Marketing of energy drinks has been particularly directed towards teenagers, with manufacturers sponsoring or advertising at extreme sports events and music concerts, and targeting a youthful audience through social media channels.
Energy drinks are often consumed in social events when mixed with alcohol, either as a prepackaged caffeinated alcoholic drink, a mixed drink, or just a drink consumed alongside alcohol.

As a caffeine intake of 400 mg per day is considered as safe from the European Food Safety Authority (EFSA), 4 cups of coffee (90 mg each) or 5 standard cans (250 ml) of energy drink (80 mg each) is safe for a healthy adult to consume a day.
It helps in increasing attention and reaction speed. There can be adverse effects associated with caffeine consumption in amounts greater than 400 mg which include nervousness, irritability, sleeplessness, increased urination, abnormal heart rhythms (arrhythmia), and dyspepsia. Excessive consumption can also cause pupil dilation when taken with certain antidepressants or SSRIs.
Combined use of caffeine and alcohol may increase the rate of alcohol-related issues. Since caffeine and alcohol are both diuretics, combined use increases the risk of dehydration. The mixture of a stimulant (caffeine) and depressant (alcohol) sends contradictory messages to the nervous system and can lead to increased heart rate and palpitations.
Excessive or repeated consumption of energy drinks can lead to cardiac problems, such as arrhythmias and heart attacks, and psychiatric conditions such as anxiety and phobias. Misuse and abuse of these caffeinated drinks also cause a significant amount of emergency department visits. In other words energy drinks may be a gateway drug.

Energy shots are a specialized kind of energy drink. Energy shots are usually sold in smaller 50ml bottles.  Energy shots can contain the same total amount of caffeine, vitamins or other functional ingredients as their larger versions, and may be considered concentrated forms of energy drinks.
Generally the marketing of energy shots focuses on their convenience and availability as a low-calorie instant energy drink that can be taken in one swallow or shot.

Several drinks were marketed as anti-energy, chill out, or relaxation drinks, some of which contained theanine and melatonin.

Energy drinks generally contain methylxanthines, including caffeine, B vitamins, carbonated water, and high-fructose corn syrup for non-diet versions. Other commonly used ingredients are guarana, yerba mate, aÃƒÆ’Ã‚Â§aÃƒÆ’Ã‚Â­, and taurine, plus various forms of ginseng, maltodextrin, inositol, carnitine, creatine, glucuronolactone, sucralose and ginkgo biloba.
It is not necessary for the energy drink manufacturers to report how much caffeine their products contain. However, various energy drinks are found to contain 6 to 242 milligrams (mg) of caffeine per serving. The sugar in non-diet energy drinks is food energy that can be utilized by the human body. 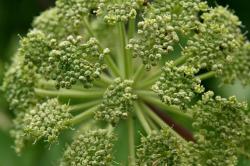 Angelica is a plant whose root, seed and fruit are used to make medicine.

Meal replacement shakes are prepared to provide the nutrition of a full meal, just like protein shakes 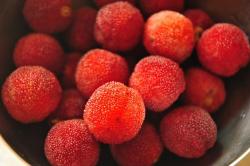 Bayberry, also known as bay-rum tree, candleberry, sweet gale, and wax-myrtle is a shrub that grows in Texas and the eastern US whose root bark and berries are used to make medicine to treat head colds, colitis, diarrhea and nausea.

Vitamin K is actually a group of compounds and the name vitamin K comes from the German word 'Koagulationsvitamin.' 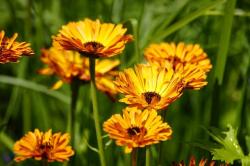 Arnica is a herb whose flowers are used in medicine. 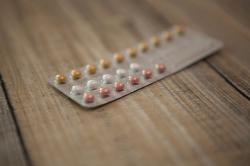 Androstenedione is a steroid hormone that is used to increase the production of the hormone testosterone. 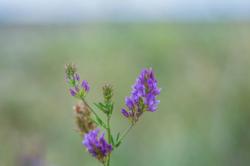 Baikal Skullcap is a plant whose root is used to make medicine for respiratory infections, gastrointestinal infections, liver problems, swelling or inflammation,hay fever, fever and many other conditions.