Kumbha Mela is the largest religious gathering in the world that is is held at four different locations by turn and continues for about a month. The time and place for holding this unique Mela is decided, based on not only on the position of the Sun in a Rashi division but also that of the planet Jupiter, also known as Brihaspati. Lakhs of people gather to have holy baths, on these auspicious days. They took bath in the holy water of the river by the side of which this Mela is held. Apart from having holy bath, people gather to have Darshan of the Sadhus who come down to the Mela from Himalayas as well as from other parts of India.
The festival is the largest peaceful gathering in the world, and considered as the "world's largest congregation of religious pilgrims". In 2019 the kumbha mela is the Ardh Kumbh Mela, also known as Prayagraj Ardh Kumbh Mela, being held at Triveni Sangam in Allahabad, Uttar Pradesh, India from 15 January to 4 March 2019.

The four fairs that are widely recognized as the Kumbh Melas are the Haridwar Kumbh Mela, the Allahabad Kumbh Mela, the Nashik-Trimbakeshwar Simhastha, and Ujjain Simhastha. These four fairs are held periodically at one of the places by rotation. The places are Haridwar, Allahabad (Prayaga), Nashik district (Nashik and Trimbak), and Ujjain. The main festival site is located on the banks of a river. The rivers could be the Ganges (Ganga) at Haridwar, the confluence (Sangam) of the Ganges and the Yamuna and the invisible Sarasvati at Allahabad, the Godavari at Nashik and the Shipra at Ujjain. Bathing in these rivers is thought to cleanse a person of all their sins.
The rules of holding Kumbha Mela are as follow:
Kumbha Mela is happening at all four places every 3 years.
Ardha Kumbha Mela held at Haridwar and Allahabad every 6 years where as Purna Kumbha Mela held only at Allahabad every 12 years. Maha Kumbha Mela held only at Allahabad every 144 years.

Kumbha Mela derives its name from the original festival being held according to the astrological sign "Kumbha" (Aquarius). The festival is associated with the Hindu legend in which the gods and demons fought over a pot, or 'kumbh,' of nectar during samudra manthan that would give them immortality. After taking the pot one of the gods spilled drops of nectar near four places where Kumbha Mela is presently held.
The Kumbh Mela of Haridwar is considered as the original Kumbh Mela, since it is held according to the astrological sign "Kumbha" (Aquarius). There are several references to a 12-year cycle for it. Khulasat-ut-Tawarikh (1695 CE) and Chahar Gulshan (1759 CE) are the earliest extant texts that contain the name "Kumbha Mela". Both these texts use the term "Kumbh Mela" to describe only Haridwar's fair, although they mention the similar fairs held in Prayag and Nashik district. The Khulasat-ut-Tawarikh lists an annual mela and a Kumbh Mela every 12 years at Haridwar; a mela held at Trimbak when Jupiter enters Leo (that is, once in 12 years); and an annual mela held at Prayag in Magh. The Magh Mela of Prayag is probably the oldest among these, dating from the early centuries CE, and has been mentioned in several Puranas.

Millions of Hindu devotees in India will gather to wash their sins away on the banks of the Ganges River in Kumbha Mela. The holy waters is believed to wash the past sins of worshipers and lead them to moksha, or liberation from the cycle of birth and death. Worshipers will line up before sunrise, and proceed into the water throughout the day. Sadhus also play essential roles in the tradition. There are a variety of sadhus, some of which are recognizable by their matted hair and naked bodies coated in ash. Although they generally lead lives of isolation, these holy men comes in Kumbh Mela in pursuit of enlightenment. It is consider as the the largest single gathering of humanity in the world. It is believed that Lord Vishnu released drops of an immortality nectar (carried in a kumbh) in four places where the event is now celebrated i.e Nashik, Prayagraj, Ujjain and Haridwar. The festival rotates approximately every three years through these cities.

Thousands of holy men and women attend Kumbh Mela as it is the most sacred of all the pilgrimages. Peshwai Procession is one of the major events of Kumbh Mela which marks the arrival of the members of an akhara or sect of sadhus at the Kumbh Mela. The order of entering the water for bathing is fixed, with the Juna, the Niranjani and Mahanirvani akharas preceding. The major event of the festival is ritual bathing at the banks of the river in whichever town Kumbh Mela being held. It may be either Ganga in Haridwar, Godavari in Nasik, Kshipra in Ujjain or Sangam (confluence of Ganga, Yamuna and mythical Saraswati) in Allahabad (Prayagraj).

Religious discussions (pravachan), devotional singing (kirtan), holy feast (mahaprasada) are the other activities at the mela. The sadhus are seen clad in saffron sheets with Vibhuti ashes dabbed on their skin as a sign of ancient traditions. Some may not wear any clothes even in severe winter and those are called naga sanyasis. The right to be naga, or naked, is considered a sign of separation from the material world.

Another important part of the Kumbh Mela Darshan, or respectful visual exchange. To observe and experience both the religious and secular aspects of the event, people make the pilgrimage to the Kumbh Mela. Two major groups that participate in the Kumbh Mela include the Sadhus (Hindu holy men) and pilgrims. Sadhus travel to the Kumbh Mela to make themselves available to much of the Hindu public. This allows members of the Hindu public to interact with the Sadhus and to take "darshan." They can also get advice in their spiritual lives." Darshan focuses on the visual exchange, where there is interaction with a religious deity and the worshiper can come in contact with the divine power. worshipers often leave tokens at their feet. Visiting the Sadhus should be carefully managed and care should be taken not to displease religious deities. 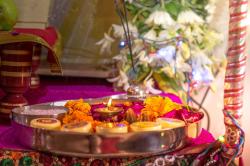 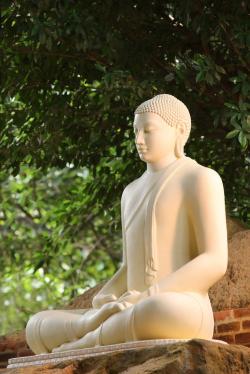 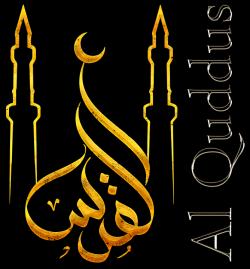 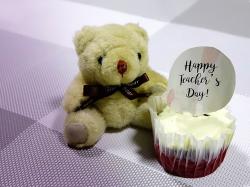