Mathura known as Shri Krishna Janmabhumi is the most famous tourist attraction in India. This place is believed to be the exact place where Lord Krishna was born. The prison where he was born is now on display for tourists to see. Apart from the prison, the Shri Krishna Janmabhumi also has a majestic temple with idols of Krishna and Radha.
Mathura has many temples, both big and small, dotting the entire city, with many of these temples being dedicated to Lord Krishna. The two most important temples in town are the Dwarkadheesh Temple and the Gita Mandir. The Dwarkadheesh Temple is an ancient temple that was built in 1800s and boasts of some of the most stunning architecture in and around this region.
The Dwarkadheesh Temple is the right place to be in during the festivals of Janmashtami or Holi, as these festivals are celebrated on a grand scale in the premises of the temple. The Gita Mandir is a unique temple in India, and it gets its name from the fact that the walls of the temple are filled with inscriptions from the entire Bhagavad Gita.
There is a lot of history to Mathura that you can experience only by exploring the old-fashioned architecture, the crumbling ruins of old houses, and the genial amiability of the locals who are always willing to show you around.
Don't forget to try out local snacks like kachodis, aloo-puri and chaat, which are available at all eateries lining the streets. Jalebis and gulab-jamuns are also very popular local street food items that are available at all shops throughout the day.
Govardhan Hill is situated at a distance of 22 km from Mathura which is made up of sandstone and stands 80 ft tall with a circumference of 38 km.. All worshipers of lord Krishna worship the pure rocks of the hill just like they worship his idol. Mansi Ganga, Mukharvind, and Daan Ghati are some of the interesting places to visit the hills.
Lord Krishna lifted the Govardhan Hill during his childhood on one finger to save his village of Mathura from fierce rains and thunderstorm. This hill is thereby considered holy and is visited by worshipers on Guru Purnima. Govardhan Puja is done by walking 23 km barefoot around the mountain which is done a day after Diwali. It is definitely a must visit place as it is a serene place.
Sri Krishna Janmabhoomi Temple Complex is situated at the place where Lord Krishna was born. Small shrines of various gods and goddesses are seen here within the colossal structure.
The Dwarkadhish temple, one of the holiest temples in the city of Mathura, is famous all over the country for its elaborate architecture and paintings that was built in the year 1814. The temple is relatively new but has gained scared impression by the grace of the almighty deity housed inside it. The temple is situated within the perimeter of the city's holy gate, near the ghats of River Yamuna. The whole temple and its surrounding is a hub of a lot of interesting activities.
Multiple theerthams present here are well known as ghats. With 25 of them present today in Mathura are related to Lord Krishna. It is believed that performance of certain rituals here can get rid one of all past wrong doings and hence is visited by numerous devotees. A visit to all 25 ensures a complete pilgrimage of Mathura.
Gita Mandir features inscriptions of the holy book in and around the surroundings of the temple. A magnificent idol of Lord Krishna is housed in this temple along with Lakshmi Narayana, Ram and Sita. Intricate carvings and paintings are seen within the temple premises.
Rangji Temple is situated on the Vrindavan-Mathura Marg in Vrindavan, Mathura. This temple is dedicated to Lord Sri Goda Ranagamannar, a South indian goddess and Lord Ranganatha which is an incarnation of God Vishnu. The temple also follows a south Indian architectural pattern for its insides. But has been designed in the North Indian fashion from outside. 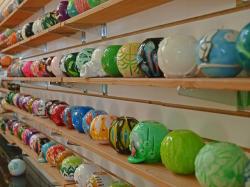 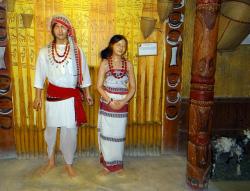 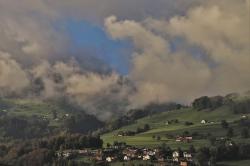 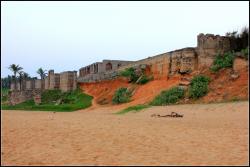 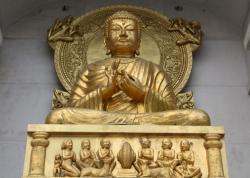 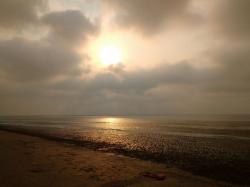