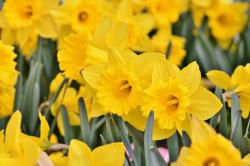 Narcissus is one of the most popular flowers in the world and the most popular flower in Germany. Narcissus is the name of a genus which includes flower bulbs like Daffodils, Jonquils, Paper whites and so forth. Narcissi (plural form of Narcissus) are easily grown from bulbs. It is a spring-flowering bulb. The word Narcissus is derived from the Greek word narke, meaning numbness or stupor.
Narcissus has conspicuous flowers with six petal-like tepals surmounted by a cup- or trumpet-shaped corona. Usually Narcissus flowers are white or yellow in color. But are also available in orange or pink in garden varieties with either uniform or contrasting colored tepals and corona. These are characterized by a narrow, tubular base (hypanthium), three petals and three petal-like sepals (the perianth), and a central cup-like appendage (the corona, cup, or crown) that may be of contrasting color.

Some Facts About Narcissus:

All Narcissus species contain the alkaloid poison lycorine, mostly in the bulb but also in the leaves. The toxic effects of ingesting Narcissus products for both humans and animals is recognized. Ingestion of N. pseudonarcissus or N. jonquilla is followed by salivation, acute abdominal pains, nausea, vomiting, and diarrhea, then neurological and cardiac events, including trembling, convulsions, and paralysis. Death may result if large quantities are consumed. The toxicity of Narcissus varies with species, N. poeticus being more toxic than N. pseudonarcissus.
The bulbs can also be toxic to other nearby plants, including roses, rice, and cabbages, inhibiting growth. For instance placing cut flowers in a vase alongside other flowers shortens the life of the latter. When narcissi bulbs have been mistaken for leeks or onions and cooked and eaten, there are many cases of poisoning or death have occurred.  In more severe cases involving ingestion of large quantities of bulbs, activated carbon, salts and laxatives may be required, and for severe symptoms intravenous atropine and emetics or stomach pumping may be indicated. However, ingestion of large quantities accidentally is unusual because of a strong unpleasant taste.
One of the most common dermatitis problems for flower pickers, packers, florists and gardeners, "daffodil itch", involves dryness, fissures, scaling, and erythema in the hands, often accompanied by subungual hyperkeratosis (thickening of the skin beneath the nails). If bulb extracts come into contact with wounds, both central nervous system and cardiac symptoms may result. The scent from N. bulbocodium can also cause toxic reactions such as headaches and vomiting. 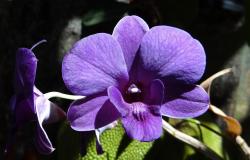 The Orchidaceae are a diverse and widespread family of flowering plants, with blooms that are often colorful and fragrant, commonly known as the orchid family.

Anniversary Flowers conveys various types of messages and emotions relying upon the quantity of years you have remained together in your marriage. 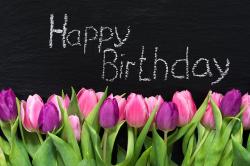 Find birth flowers for each month of the year. 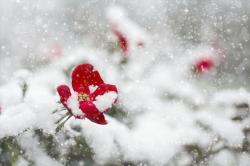 Christmas flowers are the popular flowers used during the festive season of Christmas. 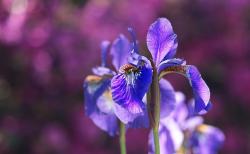 Iris is a popular garden flower that takes its name from the Greek word for a rainbow. 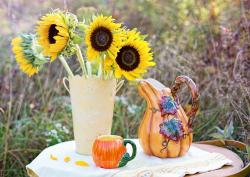 Thanksgiving Day began as a day of giving thanks and sacrifice for the blessing of the harvest and of the preceding year. 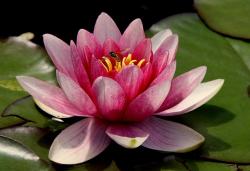 Lily is a genus of herbaceous flowering plants growing from bulbs, all with large prominent flowers