Stomach cancer, also known as gastric cancer begins in the mucus producing cells that line the stomach. This type of cancer is called adenocarcinoma.

Stomach cancer, also known as gastric cancer begins in the mucus producing cells that line the stomach. This type of cancer is called adenocarcinoma.
As most people typically don't show symptoms in the earlier stages, this type of cancer is difficult to diagnose. For this reason, the majority of people diagnosed with stomach cancer either already have metastasis or eventually develop it. Metastasis occurs when the cancer spreads from the area in which it first developed.

As the symptoms also exist in many other less serious conditions, gastric cancer may be difficult to recognize at the initial stage. For this reason many people with stomach cancer are not diagnosed until the disease is already advanced.
Early symptoms of stomach cancer may include:

The following signs and symptoms should be seen as urgent in people at increased risk of developing stomach cancer:

Individuals who develop indigestion and have at least one of the following in their medical history should also see a doctor:

When the structure of DNA changes, it can disrupt the instructions that control cell growth. Cells that should die may not do so, and cells that should be newly created may be produced too rapidly or in an uncontrollable way causing cancer. The accumulating cancerous cells form a tumor that can invade nearby structures and cancer cells can break off from the tumor to spread throughout the body.
Gastroesophageal junction cancer is associated with gastrointestinal reflux disease (GERD). GERD is a condition caused by frequent back flow of stomach acid into the esophagus. There is a strong correlation between a diet high in smoked and salted foods and stomach cancer located in the main part of the stomach.

The main risk factors for gastroesophageal junction cancer are a history of GERD and obesity. Factors that increase your risk of stomach cancer located in the stomach body include:

There are several stages of stomach cancer. The higher the stage, the more advanced the cancer is, and the lower the chances of cure.
These include:

Initially diagnosis will be made by a general physician who will ask the patient about their symptoms, family history, and medical history, as well as lifestyle choices, such as eating habits or smoking. They will also carry out a physical examination to check for stomach tenderness or lumpiness.
They may also order a blood test, including a test for the presence of H. pylori bacteria. If the doctor suspects possible stomach cancer, the patient will be referred to a specialist for tests. Diagnostic measures may include the following.

A thin tube containing a tiny camera is passed down your throat and into your stomach where your doctor can look for signs of cancer. If any suspicious areas are found, a piece of tissue can be collected for analysis known as biopsy.

The specialist may carry out this type of scan if cancer is suspected in the top part of the stomach.

The patient swallows a liquid which contains barium during a barium swallow study. This helps identify the stomach during an X-ray.

Using a procedure called a laparoscopy, the specialist can look inside the abdomen in more detail to determine how much the cancer has spread. In this procedure, , the patient is placed under a general anesthetic, and a thin tube with a camera at the end is inserted through a small incision in the lower part of the stomach.

Imaging tests such as CT scan or PET scan take a series of radiographic pictures of the inside of the body. The images help the specialist determine how advanced the cancer is, and where it has spread to in the body. These types of scans also help the doctor decide on the most appropriate treatment.

Your exact treatment plan for gastroesophageal junction cancer or stomach cancer depend on the stage of your cancer, your overall health and your preferences.
Aside from treating cancer cells in the stomach, the goal of treatment is to prevent the cells from spreading. Left untreated, stomach cancer may spread to the lungs, lymph nodes, bones and liver.

Surgery can be done to remove the part of the esophagus or stomach where the tumor is located if gastroesophageal junction cancer has not spread. The goal of surgery is to remove all of the cancer and a margin of healthy tissue, when possible. This is necessary to make sure no cancerous cells are left behind. Nearby lymph nodes are typically removed as well.
Options include:

Abdominal surgeries are significant procedures and may require prolonged recovery time. People may have to stay in hospital for two weeks or more after the procedure. This will be followed by several weeks of recovery at home.

Energy rays are used to target and kill cancerous cells in radiation therapy. However, because of the risk of harming other nearby organs, this type of therapy is not commonly used to treat stomach cancer. But this is an option if the cancer is advanced or causing serious symptoms, such as bleeding or severe pain.

Neoadjuvant radiation refers to the use of radiation therapy before surgery to shrink the tumors, so that they can be removed more easily.

Adjuvant radiation is radiation therapy used after surgery. The aim is to kill off any remaining cancer cells around the stomach. People may experience indigestion, nausea, vomiting, and diarrhea as a result of undergoing radiation therapy. Radiation therapy to your esophagus can cause pain on swallowing and difficulty swallowing. You may be advised to have a feeding tube placed in your stomach through a small incision in your abdomen until your esophagus heals to avoid this side effect.
In cases of advanced cancer, radiation therapy may be used to relieve side effects caused by a large tumor. Radiation and chemotherapy are typically administered at the same time which is known as chemoradiotherapy, most often before surgery in gastroesophageal junction cancer.

Chemotherapy is a drug treatment that uses chemicals to kill cancer cells by to stoping rapidly growing cancer cells from dividing and multiplying. These drugs are known as cytotoxic medicines. Chemotherapy drugs travel throughout your body, killing cancer cells at the primary site of the cancer and also that may have spread beyond the stomach.

Neoadjuvant chemotherapy is administered before surgery to shrink the tumor so that it can be removed more easily.

Adjuvant chemotherapy is administered after surgery to destroy any cancerous cells that may be left behind. Chemotherapy may be the preferred treatment option for certain types of gastric cancer, including gastrointestinal stromal tumors and gastric lymphoma.
Chemotherapy is often combined with radiation therapy. It may be used alone in people with advanced stomach cancer to help relieve signs and symptoms. Side effects of chemotherapy depend on which drugs are used.

Targeted drugs are often used in combination with standard chemotherapy drugs. Your doctor can decide the best treatment option for you looking at your diagnostic tests.

The exact cause of stomach cancer is unknown, and there are no vaccines against it. Therefore, there is no way to prevent it.  However, you can lower your risk of developing stomach cancer along with other cancer by:

The chances of recovery are better if the diagnosis is made in the early stages. The 5 year survival rate for people with stomach cancer is 30 percent years after being diagnosed. This is the case if the stomach was the original source of the cancer. It can be difficult to diagnose and stage the cancer when the origin is unknown. This makes the cancer harder to treat.
It is also more difficult to treat stomach cancer once it reaches the last stage. If your cancer is more advanced, you should consider participating in a clinical trial.
Clinical trials help determine whether a new medical procedure, device, or other treatment is effective for treating certain diseases and conditions. However, clinical trials are experimental and in no way guarantee a cure for stomach cancer.
Patients should discuss this option carefully with their doctors and family as the side effects the participants might experience are unknown. 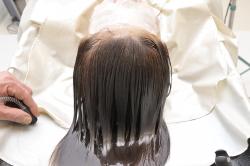 Dry scalp can be because of many variables like absence of moisture, horrible eating routine, stress, ecological conditions and so on. Normal massage and oiling decreases the dryness in scalp.