Qutub Minar is the tallest individual tower in the world and second tallest monument of Delhi which is a UNESCO World Heritage Site. it is located in Mehrauli and its construction was started in 1192 by Qutb Ud-Din-Aibak, founder of Delhi Sultanate. Later, the tower was built by various rulers over the centuries. The sight of this glorious monument takes you back to the rich history of India. The Qutub Minar, also spelled as Qutab Minar, or Qutb Minar, is a minaret that forms part of the Qutab complex.

Humayun's tomb is the final resting place of the Mughal Emperor Humayun which is located in the Nizamuddin East area of Delhi. It is the first garden tomb in the Indian subcontinent that was constructed by Humayun's chief consort empress Bega Begum in the year 1569-70. The design of Humayun's tomb is a typical Mughal architecture with Persian influences and is one of the very few structures that used red sandstone on such a massive scale at that time. Humayun's Tomb was featured in UNESCO's World Heritage List in the year 1993 because of  its magnificent design and illustrious history.

The Red Fort is a historic fort in the city of Delhi in India. It was the main residence of the emperors of the Mughal dynasty for nearly 200 years, until 1856. It was constructed by Shah Jahan in the year 1939 as a result of a capital shift from Agra to Delhi. It is located in the center of Delhi and houses a number of museums.
The Red Fort is named for its massive enclosing walls of red sandstone. The Indian Prime Minister unfurls the national flag here on the Independence Day every year.

The India Gate, originally called the 'All India War Memorial' is a war memorial that is located along the Rajpath in New Delhi. The imposing structure of India Gate is an awe-inspiring sight and is often compared to the Arch de Triomphe in France, the Gateway of India in Mumbai and the Arch of Constantine in Rome. This 42-meter tall historical structure was designed by Sir Edwin Lutyens and is one of the largest war memorials in the country. Every year it host the Republic Day Parade. This monument has the names of 13,300 servicemen inscribed on its surface, dedicated to 82,000 Indian and British soldiers who died during the First World War and the Third Anglo-Afghan War.

Swaminarayan Akshardham Temple is an abode of God built in 2005 near the banks of River Yamuna. The temple showcases Hinduism and its age old culture. The temple is dedicated to Lord Swaminarayan. It is listed in Guinness Book of World Records as the World's Largest Comprehensive Hindu Temple. The complex is a home to India's largest step well which is a host to the mesmerising water show, an open garden, Narayan Sarovar, various expeditions, and rituals. The temple takes its visitors on a journey of spiritual enlightenment. It has eight ostentatiously carved mandapams. It is constructed by BAPS that is Bochasanwasi Shri Akshar Purushottam Swaminarayan Sanstha followed by Maharishi Vastu Architecture.

Initially known as Delhi Zoo, the National Zoological Park is situated near The Old Fort in Delhi and is a favorite weekend spot among adults and children. Birds and animals live in an environment that in many ways resemble their natural habitat in the Zoological Park. 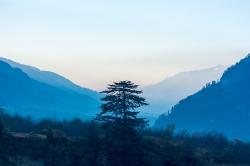 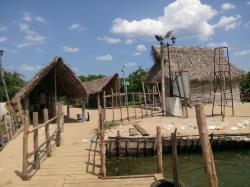 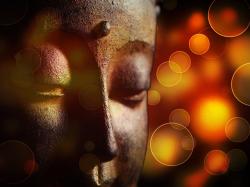 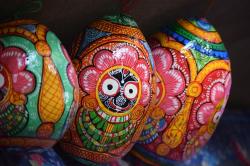