There are many effective choices for the treatment of psoriasis which include topical treatments, light therapy and systemic medications. 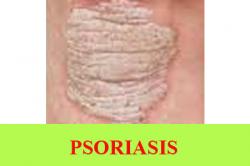 There are many effective choices for the treatment of psoriasis which include topical treatments, light therapy and systemic medications.The type of treatment depends on the type of disease, the severity, and amount of skin involved. The best treatment is individually determined by the treating doctor.
Topical treatments, such as creams, lotions, and sprays, may be very effective and safe to use for mild psoriasis that involves only small areas of the body. Occasionally, a small local injection of steroids is given directly into a tough or resistant isolated psoriatic plaque.
Topical products may not be effective for moderate to severe psoriasis that involves much larger areas of the body. In such cases, ultraviolet light treatments or systemic medicines may be required. Because topical therapy has no effect on psoriatic arthritis, systemic medications are generally required to stop the progression to permanent joint destruction.
All medicines carry possible side effects and is not completely safe and effective. The risks and potential benefit of medications have to be considered and discussed for each type of psoriasis and the individual with the doctor before choosing it. At times rotational therapy is considered to minimize the toxicity of some of these medicines which involves changing the anti-psoriasis drugs every six to 24 months. An individual who has been using strong topical steroids over large areas of their body for prolonged periods may benefit from stopping the steroids for a while and rotating onto a different therapy.

Mild to moderate psoriasis can be effectively treated with creams and ointments that you apply to your skin . When the disease is more severe, creams are likely to be combined with oral medications or light therapy. Topical psoriasis treatments include:

These drugs are usually prescribed medications and are used alone or combined with other treatments for treating mild to moderate psoriasis. They work by reducing inflammation and relieve itching. Mild corticosteroid ointments are usually recommended for sensitive areas, such as your face or skin folds, and for treating widespread patches of damaged skin. For smaller, less sensitive or tougher to treat areas, stronger corticosteroid ointment can be prescribed.
Long term use or overuse of strong corticosteroids can cause thinning of the skin and may stop working over time. Therefore topical corticosteroids should be used as a short term treatment during flares.

These synthetic forms of vitamin D works by slowing down the growth of skin cells. Calcipotriene is an example of a prescription cream or solution containing a vitamin D analogue that treats mild to moderate psoriasis. It can be used along with other treatments. Calcipotriene might irritate your skin. Calcitriol is another vitamin D analogue which may be equally effective and possibly less irritating than calcipotriene. It is very expensive.

This medication works by slowing down the growth of skin cells. Anthralin can also remove scales and make skin smoother. But anthralin can irritate skin. As it stains almost anything it touches, it is usually applied for a short time and then washed off.

These are vitamin A derivatives that may decrease inflammation. The most common side effect is skin irritation. As these medications may also increase sensitivity to sunlight, apply sunscreen before going outdoors while using the medication.
Topical retinoids have lower risk of birth defects than oral retinoids. But tazarotene is not recommended when you are pregnant or breast feeding or if you have plans to become pregnant.

Calcineurin inhibitors reduce inflammation and plaque buildup. Examples include tacrolimus and pimecrolimus. Because of a potential increased risk of skin cancer and lymphoma, these are not recommended for long term use. They may be especially helpful in areas of thin skin, such as around the eyes, where steroid creams or retinoids are too irritating or may cause harmful effects.

These are available both as over the counter and by prescription. Salicylic acid promotes sloughing of dead skin cells and reduces scaling. To increase its effectiveness, sometimes it is combined with other medications, such as topical corticosteroids or coal tar. Salicylic acid is available in medicated shampoos and scalp solutions to treat scalp psoriasis.

It is derived from coal. Coal tar reduces scaling, itching and inflammation, but can irritate the skin. It is also messy, stains clothing and bedding, and has a strong odor.
Coal tar is available in over-the-counter shampoos, creams and oils. It is also available in higher concentrations by prescription. This treatment is not recommended for women who are pregnant or breast-feeding.

Moisturizing creams alone will not be able to heal psoriasis, but they can reduce itching, scaling and dryness. Moisturizers in an ointment base are usually more effective than lighter creams and lotions. You should be applying it immediately after a bath or shower to lock in moisture.

Exposure to ultraviolet (UV) rays in sunlight slows skin cell turnover and reduces scaling and inflammation. Daily exposures to small amounts of sunlight may improve psoriasis, but intense sun exposure can worsen symptoms and cause skin damage. Therefore ask your doctor about the safest way to use natural sunlight for psoriasis treatment before starting the therapy.

UVB phototherapy is also called broadband UVB. It can be used to treat single patches, widespread psoriasis and psoriasis that resists topical treatments. For mild to moderate psoriasis, controlled doses of UVB light from an artificial light source is given which may improve the symptoms.
Redness, itching and dry skin are some of the short term side effects which can be reduced by using a moisturizer.

Narrow band UVB phototherapy may be more effective than broadband UVB treatment. But may cause more severe and longer lasting burns. Usually it is administered two or three times a week until the skin improves. Maintenance may require only one session a week.

It is a combination of UVB treatment and coal tar treatment. As coal tar makes skin more receptive to UVB light, the two therapies together are more effective than either alone.

Psoralen plus ultraviolet A (PUVA):

A light sensitizing medication such as psoralen is taken before exposure to UVA light in this form of photochemotherapy. This is because psoralen makes the skin more responsive to UVA exposure. UVA light penetrates deeper into the skin than UVB light.
This more aggressive treatment is often used for more severe cases of psoriasis which consistently improves skin. Short-term side effects include nausea, headache, burning and itching. Long-term side effects include dry and wrinkled skin, freckles, increased sun sensitivity, and increased risk of skin cancer, including melanoma.

For mild to moderate psoriasis, This type of therapy is used. A controlled beam of UVB light is directed to the psoriasis plaques to control scaling and inflammation without harming healthy skin. Because more powerful UVB light is used, Excimer laser therapy requires fewer sessions than does traditional phototherapy. Side effects can include redness and blistering.

Oral or injected drugs are prescribed if you have severe psoriasis or it is resistant to other types of treatment. This is known as systemic treatment. Some of these medications are used for only short periods and may be alternated with other forms of treatment because of severe side effects.

This group of drugs may help if you have severe psoriasis that does not respond to other therapies. These are mainly related to vitamin A. Side effects may include lip inflammation and hair loss.  Because retinoids such as acitretin can cause severe birth defects, pregnancy must be avoided for at least three years after taking the medication.

Methotrexate works by decreasing the production of skin cells and suppressing inflammation in psoriasis. In some cases it may also slow the progression of psoriatic arthritis. Methotrexate is generally well tolerated in low doses but may cause upset stomach, loss of appetite and fatigue. When used for long periods, it can cause a number of serious side effects, including severe liver damage and decreased production of red and white blood cells and platelets.
It should be taken orally.

Cyclosporine is an immunosuppressant drug which suppresses the immune system and is similar to methotrexate in effectiveness. As it increases your risk of infection and other health problems, including cancer it should only be taken for short term. Cyclosporine also makes you more susceptible to kidney problems and high blood pressure. The risk increases with higher dosages and long term therapy.

These are the drugs that alter the immune system and are used for the treatment of moderate to severe psoriasis. Examples include include etanercept, infliximab, adalimumab, ustekinumab, golimumab, apremilast, secukinumab and ixekizumab. Most of these drugs are given by injection and are usually used for people who have failed to respond to traditional therapy or who have associated psoriatic arthritis.
Because they have strong effects on the immune system and may deveop life-threatening infections, biologics must be used with caution. People taking these treatments must be screened for tuberculosis.

Certain medications that can be used when other drugs can not be given are thioguanine and hydroxyurea.
Patients with typical skin lesions should start the treatment with the mildest treatments such as topical creams and ultraviolet light therapy or phototherapy. Stronger ones should only be considered if necessary. Patients with pustular or erythrodermic psoriasis or associated arthritis usually need systemic therapy from the beginning of treatment. The goal of treatment is to find the most effective way to slow cell turnover with the fewest possible side effects.

A number of alternative therapies, including special diets, creams, dietary supplements and herbs can ease the symptoms of psoriasis, such as itching and scaling.
These treatments would be most appropriate for those with milder, plaque disease and not for those with pustules, erythroderma or arthritis.

Aloe extract cream taken from the leaves of the aloe vera plant,may reduce redness, scaling, itching and inflammation. You may need to use the cream several times a day for a month or more to see any improvements in your skin.

Omega-3 fatty acids found in fish oil supplements may reduce inflammation associated with psoriasis. It is safe to take 3 grams or less of fish oil daily which may be beneficial.

This is also known as barberry. Topical applications of Oregon grape may reduce inflammation and ease psoriasis symptoms.
Consult your doctor before taking any dietary supplements or other alternative therapy to ease the symptoms of psoriasis. The the pros and cons of specific alternative therapies can always be discussed.

HPV vaccine prevents infection from human papillomavirus (HPV) types that are associated with many cancers. 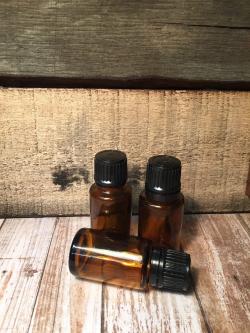 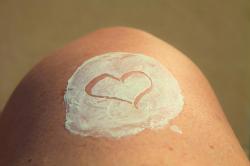 How to Remove Stretch Marks Faster

There are numerous successful routes on the most proficient method to remove Stretch Marks quick at home, that we will assist you. 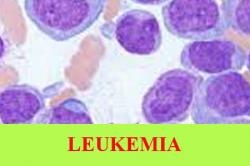 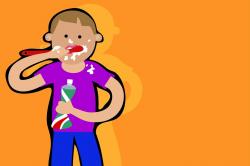 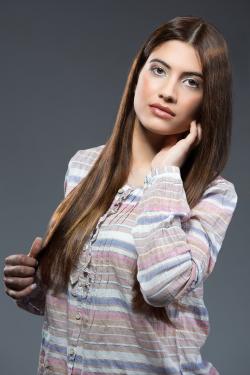 There are various reasons behind secreting excess oil such as hormonal fluctuations, hereditary or the natural quality of your hair.