Uterine fibroids that do not cause a problem for the woman can be left untreated. But in some cases, even fibroids that are not causing symptoms require removal or at least close observation. Since cancerous form of fibroid known as a leiom 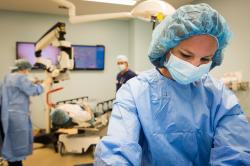 Uterine fibroids that do not cause a problem for the woman can be left untreated. But in some cases, even fibroids that are not causing symptoms require removal or at least close observation. Since cancerous form of fibroid known as a leiomyosarcoma can be a fast growing tumor, close observation of the growth is very important. This cannot be differentiated from a benign fibroid by ultrasound, MRI , or other imaging studies.
These tumors sometimes grow to a size that eventually cause significant symptoms which requires removal. If fibroids grow large enough, the surgery can become more difficult and risky to remove them.

Symptoms such as heavy menstrual bleeding and pelvic pressure can be treated by medication. These are usually used to target hormones that regulate your menstrual cycle. They don't eliminate fibroids, but may shrink them. Medications include:

These medication treat fibroids by blocking the production of estrogen and progesterone, putting you into a temporary postmenopausal state. This results in stopping menstruation which help shrink fibroids and anemia often improves. Gn-RH agonists typically are used for no more than three to six months because long term use can cause loss of bone.

A progestin-releasing IUD can relieve heavy bleeding caused by fibroids, but doesn't shrink fibroids or make them disappear. It also prevents pregnancy.

It is taken only on heavy bleeding days to ease heavy menstrual periods.

Oral contraceptives or progestins can help control menstrual bleeding, but they don't reduce fibroid size. Nonsteroidal anti-inflammatory drugs (NSAIDs), which are nonhormonal medications, may be effective in relieving pain related to fibroids, but they don't reduce bleeding caused by fibroids. Vitamins and iron are recommended if you have heavy menstrual bleeding and anemia.

Focused ultrasound surgery (FUS) is guided by MRI and is a noninvasive treatment option for uterine fibroids that preserves your uterus which requires no incision and is done on an outpatient basis. When you are inside an MRI scanner equipped with a high energy ultrasound transducer , the precise location of the uterine fibroids can be determined by the image. When the exact location of the fibroid is targeted, the ultrasound transducer focuses sound waves into the fibroid to heat and destroy small areas of fibroid tissue.
FUS for uterine fibroids is safe and effective.

Certain procedures can destroy uterine fibroids without actually removing them through surgery. They include:

This procedure can be effective in shrinking fibroids and relieving the symptoms they cause. Here small particles called embolic agents are injected into the arteries supplying the uterus. These will cut off blood flow to fibroids, causing them to shrink and die. If the blood supply to your ovaries or other organs is compromised, complications may occur.

This is a laparoscopic procedure where a radiofrequency energy, an electric current or laser destroys the fibroids and shrinks the blood vessels that feed them.

If the fibroids are few in number, a laparoscopic or robotic procedure can be done, which uses slender instruments inserted through small incisions in your abdomen to remove the fibroids from your uterus. Morcellation is the process used to remove the fibroids through those same small incisions by breaking them into smaller pieces. Sometimes one incision can be extended to remove whole fibroids.
Your abdominal area can be viewed on a monitor using a small camera attached to one of the instruments. Robotic myomectomy gives your surgeon a magnified, 3-D view of your uterus which will be more precise and flexible  than other techniques.

If the fibroids are contained inside the uterus, this procedure may be an option. Here the surgeon accesses and removes fibroids using instruments inserted through your vagina and cervix into your uterus.

In this procedure a specialized instrument inserted into your uterus which uses heat, microwave energy, hot water or electric current to destroy the lining of your uterus, either ending menstruation or reducing your menstrual flow. Usually endometrial ablation is effective in stopping abnormal bleeding. Submucosal fibroids can be removed at the time of hysteroscopy for endometrial ablation, but this does not affect fibroids outside the interior lining of the uterus.

Options for surgical procedures include:

If you have multiple fibroids, very large fibroids or very deep fibroids, an open abdominal surgical procedure can be done to remove the fibroids. However, scarring after surgery can affect future fertility.

This is a  is major surgery where uterus will be completely removed. It ends your ability to bear children. If there is a need that your ovaries have to be removed, it brings on menopause and you will have to take hormone replacement therapy. 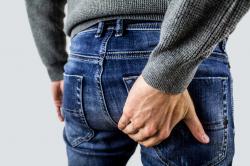 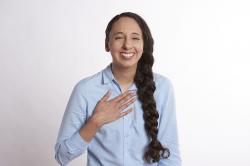 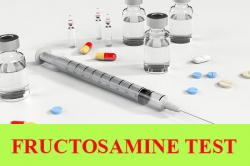 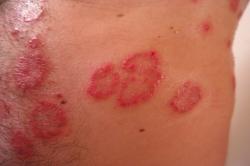 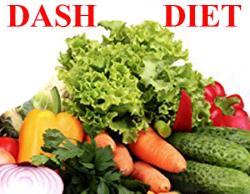 DASH is an acronym for Dietary Approaches to Stop Hypertension.